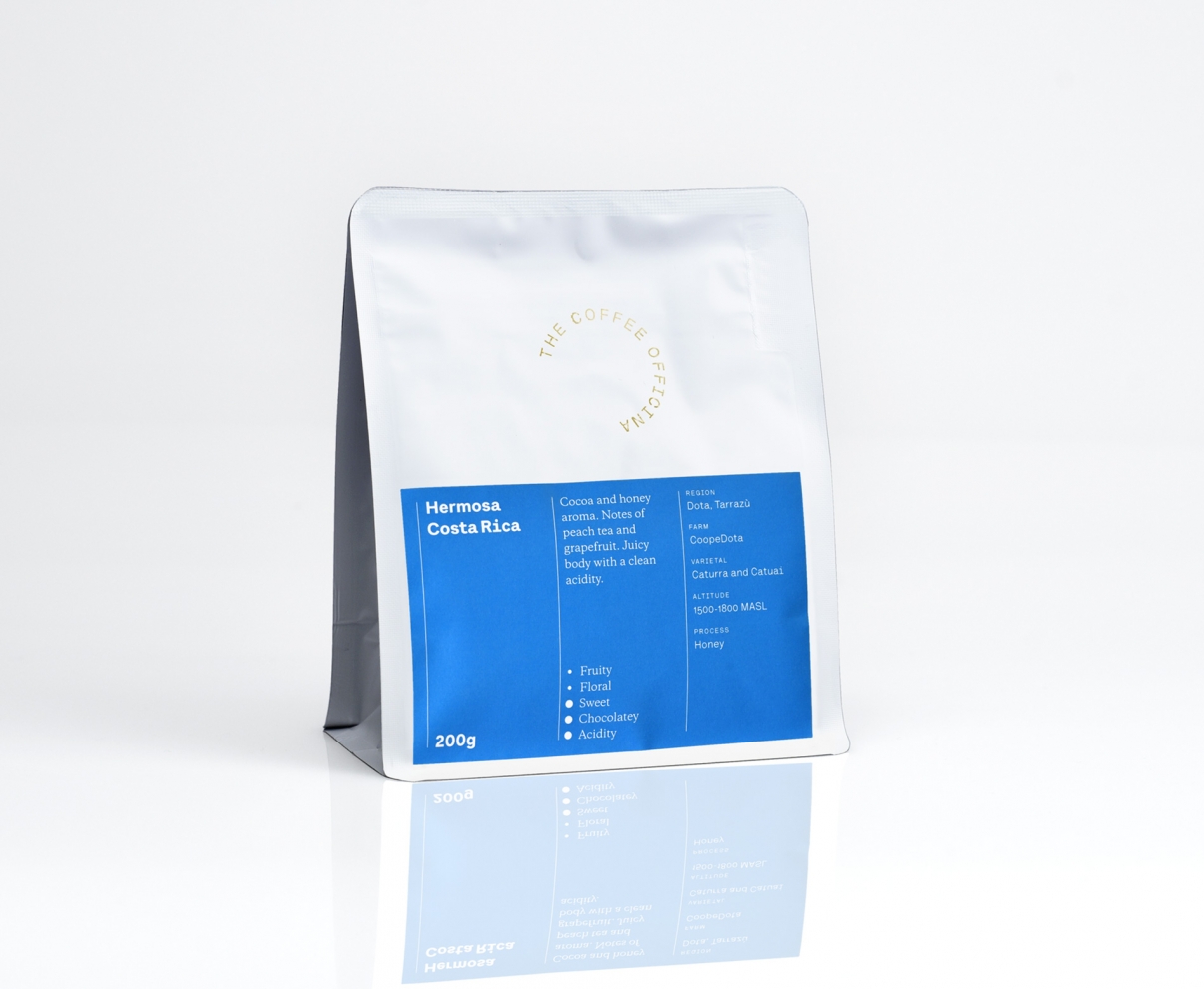 This coffee comes from an area known as Tarrazu which is divided in to three parts – Dota, Tarrazzu, and Leon Cortes. It is also often known as Los Santos as the three main towns are San Pablo, San Marcos, and Santa Maria de Dota. Prior to the arrival of Coopedota, coffee farming in the area was difficult. The producers had little or no expertise in agronomy, the coffee was sold to middlemen who paid producers unfairly, and there were no wet mills nearby, which meant a long trip to be able to process their coffee. The closest wet mill was “La Raya” in Desamparados, where coffee carts were taken to for measuring and to prevent the coffee cherries from fermenting.

Mr Estanislao Ureña Mora was responsible for introducing coffee to the area, and gave seed to his brother Jose Ureña Mora. Between the two, they sowed a plantation of two hectares and produced their coffee without the use of agrochemicals. Then came Ramon Blanco who built a wet mill in San Pablo de Leon Cortes, and producers began taking their coffee there. In 1929 a wet mill was built in Santa Maria, but as there was so much uncertainty in prices, producers turned to the Banco Nacional (National Bank), which had a department where farmers were given recommendations on how to process their own coffee. Thus was born Coopedota R.L. The varietals grown are mainly Caturra and Catuai. This is not yet in the final crop but will likely be part of the mix from 2019. Coffee from here is picked by hand and pulped mechanically, leaving it super clean ready for the fermentation stage and drying on patios. For the honey process, 70% of the mucilage is left on the bean before following a similar path – the cherry being agitated just enough to ensure even drying without any over fermentation.