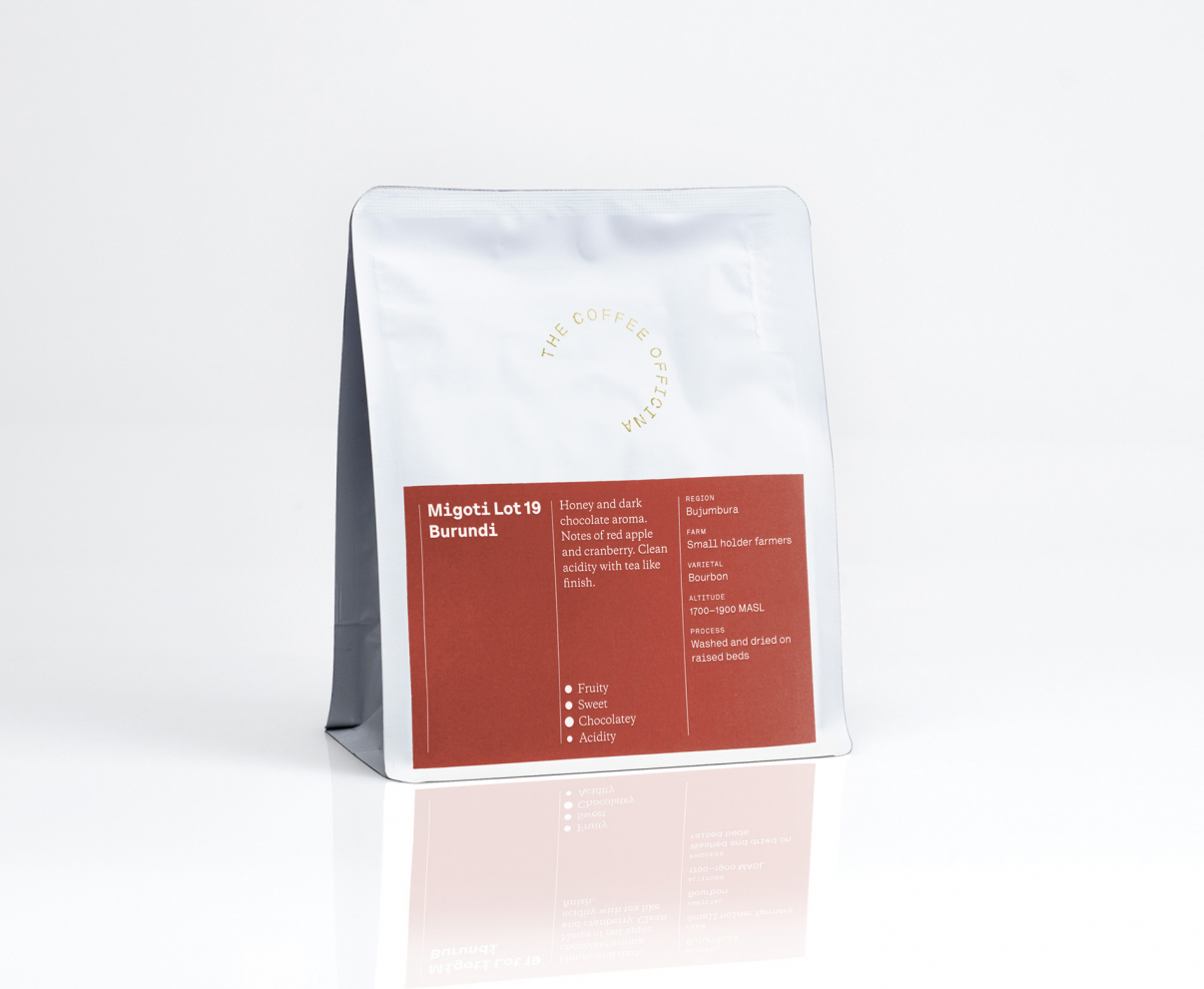 The Migoti Coffee Company and their processing stations source some of the best coffee across all of Burundi. The name “Migoti” comes from a local indigenous tree, which is also the name of the mountain where Migoti built their first coffee washing station.

This washing station operates in a region referred to as Migoti Mountain, in Mutambu Commune of Bujumbura Province, 30 km from the centre of Bujumbura. Burundi is among the smallest coffee-producing countries in East Africa, with a population of 10.5 million that is endowed with ideal conditions for coffee production: elevations of 1500-2000 masl, Arabica Bourbon coffee trees, abundant rainfall, and approximately 800,000 families who cultivate an average of 150-200 coffee trees per farm.

Coffee trees are owned by the community, and Migoti purchases the coffee cherries directly from the farmers who harvest and deliver the cherries to the station.

The majority of the temporary staff are women, who work mainly on the raised drying tables, regularly turning the coffee as it dries and removing defective beans that compromise the coffee quality.

Migoti also assists farmers through ongoing education to prune and properly care for coffee trees, intercrop, plant shade trees, utilize green fertilizers, stabilize soils and natural pest control. The expectation is that by following best farming practices the farmers can increase the yields from their coffee trees by five to ten fold.